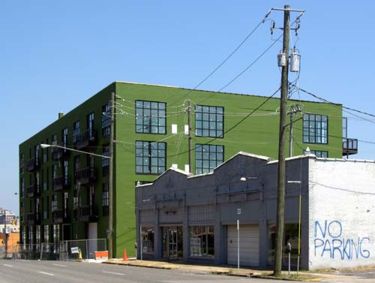 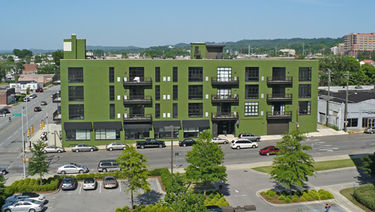 Liv on Fifth is a $10-million, 36-unit condominium project located at 2201 5th Avenue South on the southeast corner of the intersection with 22nd Street in the former American Standard Plumbing Warehouse, adjacent to WorkPlay. The project was developed and is being marketed by Stonegate Realty. The plans for the alterations were designed by Cohen Carnaggio Reynolds architects. Auburn University architecture students competed to design stylish kitchen plans for the project.

Amenities include 12-foot ceilings, wide balconies, assigned storage areas, secured outdoor parking, a fitness room, club room, outdoor roof terrace and an outdoor pool. 1- and 2-bedroom units ranging from 700 to 1,400 square feet are being marketed for between $173,000 and $367,000. As of May 9, 2007, 13 units were listed by the realtor as having been sold. Tentative plans to construct four penthouse units on the roof were scrapped. 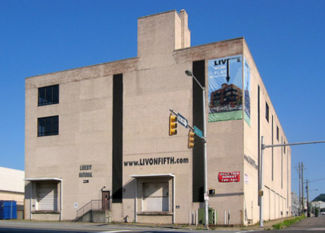 The Liberty National warehouse during the first stage of renovations in April 2006
.

In order to create windows the building's almost entirely-solid masonry walls were sawn away, leaving little more than the reinforced concrete frame. Early in the summer of 2007 the exterior walls were painted a bold dark green, making the building much more prominent on a streetscape which also features the bright ochre-colored Norton's Florist.

In June 2007 Stonegate announced that it would move its offices into the building's ground floor. Clarus Consulting Group also relocated to Liv on Fifth from the Overlook Building in Forest Park. The project won a 2008 Honor Award for Adaptive Reuse from AIA Birmingham.