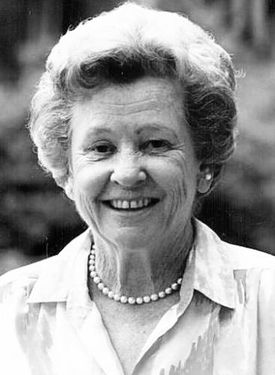 Marguerite "Wita" Jones Harbert born c. 1923; died March 17, 2015 in Mountain Brook) was a civic leader and philanthropist and the wife of construction magnate John Harbert III. She had been listed several times as the wealthiest resident of Alabama, with estimates of her net worth ranging as high as $1.8 billion, a figure she dismissed as "ridiculous."

She was the daughter of Raymond and Marguerite Nabers Jones. Wita, so-nicknamed by her sister, Alice, grew up in the family home on Pine Ridge Road in Mountain Brook. She attended Mountain Brook Elementary School where she first befriended Harbert and went on to graduate from Phillips High School. She enrolled at Birmingham-Southern College while Harbert served in the Army during World War II. While at BSC, Jones was a multi-sport athlete, enjoying success in golf, softball, basketball and swimming. She was voted the school's top female athlete for four years straight. 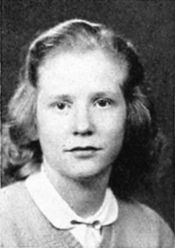 After completing her degree in liberal arts and science in 1943, she worked at the American Red Cross, heading up their safety service division and supervising all the teaching programs in Jefferson County.

She and Harbert, who had founded a bridge-building company in 1949, married in 1951. They couple enjoyed traveling all over the world. They also hunted quail and played golf together, spending summers at a rustic cabin near the Highlands Country Club in Highlands, North Carolina. They had three children, Jay, Raymond and Margie. She expended much effort helping Jay, who was born with a chromosomal disability known as "Williams syndrome," participate fully in opportunities afforded to other children, long before the concept of "mainstreaming" special-needs children caught on.

The Marguerite Jones Harbert Building at Birmingham-Southern, built on the site of the former Erskine Ramsay Science Building, is named in her honor. It houses the school's departments of business, social science, and education. She was inducted into the Birmingham-Southern College Sports Hall of Fame in 2006.