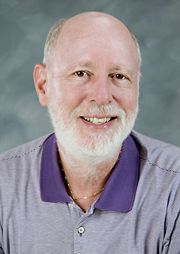 Fazio joined the faculty of Kent State University's School of Architecture and Environmental Design in 1970 and came to Mississippi State in 1974 as one of the founding members of its architecture faculty. He served as acting dean of the school from 1986-87 and two other terms as acting associate dean. In 1995 he was named director of the graduate program, serving until 2001. He retired from active teaching and was named "professor emeritus" in 2005. The Fazio Jury Room in Giles Hall is named in his honor.

Fazio has written widely on architecture and planning, including co-authoring the best-selling survey of architectural history and an award-winning 769-page overview of the residential work of Benjamin Henry Latrobe. He was the founder and editor of the Southern Architecture and Urban Development Newsletter from 1982 to 1987 and co-editor of Arris: The Journal of the Southeast Chapter of the Society of Architectural Historians from 1992 to 1996.

Fazio has also maintained a design and research practice, involved in numerous conservation and renovation projects across the south, and has helped catalog historic resources and draft guidelines for context-sensitive development in several locations.