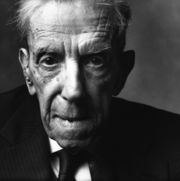 Nolan was born in 1892 in Meridian, Mississippi, the son, grandson and great-grandson of Methodist preachers. He graduated from Millsaps College in Mississippi, and was a member of the first class of the Candler School of Theology at Emory University in 1914. He went on to earn a master of arts degree from Princeton University in 1920.

In 1940 Harmon was elected Book Editor of the newly-reunited Methodist Church. He edited publications of Abingdon Press and the journal Religion in Life. He also was General Editor of the twelve volume Interpreters Bible. Between 1960 and 1964 Bishop Harmon was a member of The Hymnal Committee of his denomination, serving as Chairman of the Subcommittee on Texts.

In April 1963 Bishop Harmon made civil rights history when he, along with eight other white clergymen (including fellow-Methodist Bishop Paul Hardin, Jr), released a statement calling on African-Americans to stop taking part in demonstrations initiated by the Martin Luther King, Jr. The statement called King's actions "unwise and untimely," and stated that only "slow, slow, slow" change should bring about equal rights. It was this statement that inflamed Dr King, causing him to write his famous "Letter from Birmingham Jail." In his 1983 autobiography, Bishop Harmon referred to the letter as a "propaganda move."

As a Bishop he presided over the work of various Annual Conferences in the Southeastern United States. He retired from the active Episcopacy in 1964. In retirement he edited the Encyclopedia of World Methodism. Also in retirement, Bishop Harmon served on the faculty of Emory University as a visiting professor, continuing there into his 96th year. Bishop Harmon died June 1993.