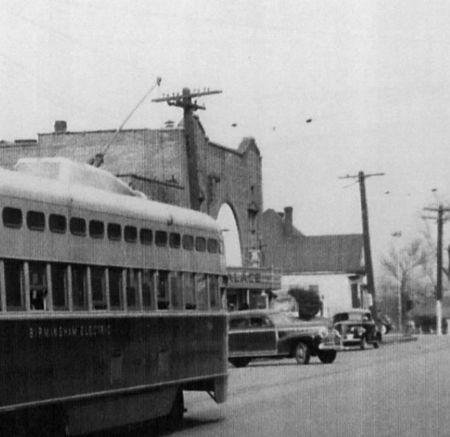 The Palace Theatre was a Vaudeville theater and cinema open to African-American audiences which was located at 1810 Avenue D in Ensley. It opened in August 1926 and was owned and operated by Ben Jaffe's Steel Cities Amusement Company, which also operated the Frolic Theatre in Bessemer.

In a July 1927 letter advertising the business for sale, Jaffe described it as, "fully equipped with 700 seats, simplex machines, reproduco pipe organ, full [s]tage scenery, and equipment, electric sign and in fact everything that you could possibly want for a theatre." At that time the theater was paying $235 per month on a 4-year lease with an option of 5 more years.

When it opened, the Palace and Frolic were part of the same stop for the T.O.B.A. circuit, with the live shows playing in Bessemer on Monday, Tuesday and Wednesday while the Ensley house played pictures, and then vice-versa on Thursday, Friday and Saturday.

The theater has since closed, and the building was torn down after 1950.