This article is about the gap at Gate City, for the gap near Chalkville, see Red Gap (Chalkville). 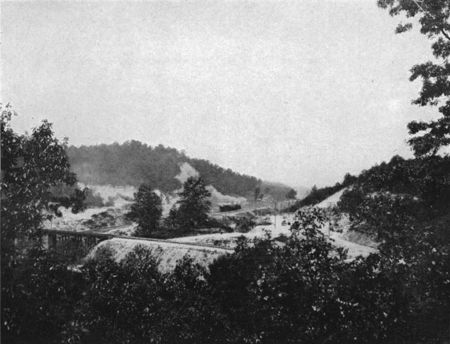 Red Gap is a gap through Red Mountain connecting Gate City in Birmingham to Irondale. The gap was created by seismic activity as it lies on a geologic fault line. The last significant earthquake on the Red Gap fault took place in 1916. Red Gap defines the southwestern end of the section of Red Mountain called Ruffner Mountain.

The gap was the site of Red Gap Junction, where the Birmingham Mineral Railroad's Red Gap Branch, constructed in 1890 and abandoned in 1953, connected to the Gate City Branch. The gap was also used by other carriers, such as the Norfolk Southern Railway's East End District, the Louisville & Nashville Railroad, the Alabama Great Southern Railroad, and the Georgia Pacific Railroad.

The automobile route from Gate City through the gap is carried by Georgia Road running east-west and Oporto-Madrid Boulevard running north-south.