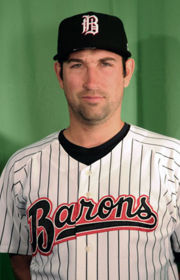 Kussmaul graduated from Fennimore High School and was drafted in the 42nd round of the 2006 June Amateur Draft by the Florida Marlins. Instead of signing, he attended the Madison Area Technical College in Wisconsin and the University of Evansville in Indiana before transferring to Division II Mount Olive College in North Carolina for his last year of eligibility. He amassed a 5-2 record for the Trojans with two complete games, including a 5-hit shutout against 6th-ranked Erskine College. After graduating with a bachelor of science in sociology, he signed to play for the independent Southern Illinois Miners of the Frontier League for the 2009 season. He went 7-2 with 90 strikeouts in 109 innings pitched for the Miners and was signed by the Chicago White Sox in July 2010.

Kussmail returned to Birmingham with the 2013 Birmingham Barons and pitched a total of 33.1 innings in a season interrupted by 83 days on the disabled list for a finger wart. He amassed a season ERA of 2.43 while recording 36 strikeouts and 5 saves. He was selected for the Southern League All-Star Game, but was unable to participate due to injury.

He contributed 2 2/3 critical scoreless innings in game 5 of the Southern League Championship, fanning 6 Mobile BayBears to help the Barons preserve a 4-2 lead. Manager Julio Vinas credited his success to an "erratic delivery" which conceals his fastballs and also makes them seem to move on the way to the plate. He was the first Baron to leave the clubhouse for a victory lap at Regions Field following the win.