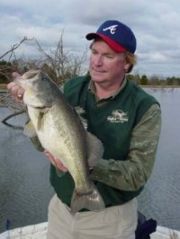 Sammy Lee (born March 6, 1956 in Birmingham) is the creator and host of the syndicated radio fishing program "Tight Lines With Sammy Lee". He also is the creator of the FishMate, FishMatePro, HuntMate, HuntMatePro and FirstMate iPhone/iPad/Android applications.

Lee grew up fishing on Smith Lake and won his first tournament at age 16. He graduated from Tuscaloosa High School in 1974 was a walk-on for the Alabama Crimson Tide basketball team. He earned a degree in public relations in 1980 before venturing onto the professional fishing circuit. He began promoting fishing products for Tom Mann Baits, while a tournament angler and worked for nine years as national promotions director for Ranger Boats.

In the 1980s, Lee started the "West Alabama Outdoors" radio program on WACT-AM in Tuscaloosa. In 1984 the show was syndicated as "Tight Lines with Sammy Lee" and is now heard, as a three-minute daily feature, on over 110 stations across the country and through various podcasting sources, including his website. Through that program he interviewed and later befriended baseball legend Ted Williams. Lee was a founding member of the board of directors for the Bass Fishing Hall of Fame and has been president of the board since 2007.