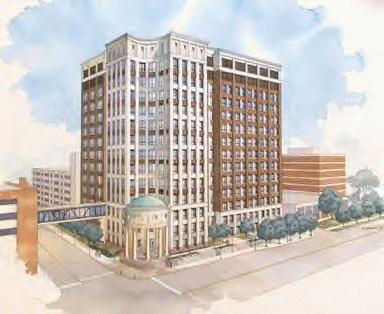 The $90 million, 12-story building was constructed on the former site of Mortimer Jordan Hall. It was designed by CUH2A, Inc. of Princeton, New Jersey, and built by Hoar Contruction and Taylor & Miree. Ground was broken on April 29, 2002, and the building was dedicated on April 3, 2006.

It is named for Senator Richard Shelby and his wife, Annette. Shelby was instrumental in securing federal funding to support the project.