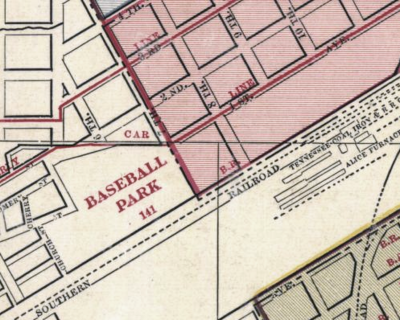 After 1886 the property was owned by the Tennessee Coal, Iron and Railroad Company (TCI) . The park earned its nickname for the piles of furnace slag outside the outfield fences, which served as free seating for those who didn't want to pay to sit in the bleachers.

The field and a few wooden bleachers were leased, in 60-day terms, to the first owners of the Birmingham Barons, who played there from the mid-1880s until the completion of Rickwood Field in 1910. Ty Cobb, having just attended the trial where his mother was acquitted for killing his father, rejoined his Detroit Tigers teammates in a barnstorming game against the Barons at Slag Pile Field early April 1906.