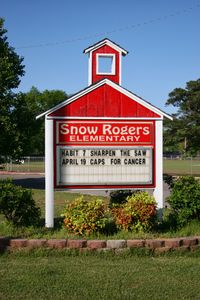 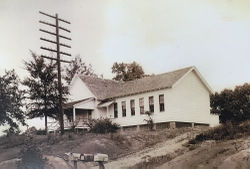 Snow Rogers Elementary School is a Jefferson County Schools elementary school located at 2636 Snow Rogers Road in Gardendale. The principal is Tinker Rogers, who was appointed in 2018.

In February 2020, ten permanent classrooms opened for use at the school. They replaced a set of portable trailers and will also serve as a tornado safe place for the entire school. The new addition will house grades three through five and kindergarten through second grade will remain in the original structure. The addition was built in anticipation of rezoning planned to alleviate overcrowding in Gardendale Elementary School.

The original school was built in 1913 and was named "Snow Rogers" in honor of Mr. T. S. Rogers of Morris who donated 2 acres of land for the school to be built on. The current school was dedicated in 1974 on the same location, with 8 acres added to the original 2 acres for a total of 10 acres. The school was annexed into the Gardendale city limits on June 3, 1985.