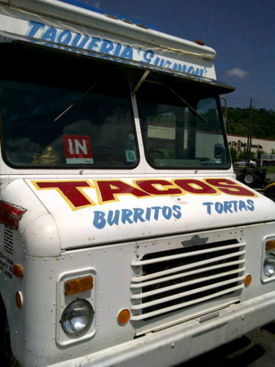 Taqueria Guzman is a taco truck operating from the Texaco station at 215 West Valley Avenue. Daniel Guzman began selling tacos from that location in 2006. His wife, Anel supervises the food preparation. The truck is open every day from 11:00 AM to 8:00 PM except Mondays.

In 2010 the truck was included in the IN Birmingham guide designed by BIG Communications and published by the Greater Birmingham Convention and Visitors Bureau. It was ranked 6th among the South's Top 10 Food Trucks by Southern Living magazine in January 2011.