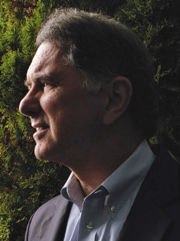 Brigham is the son of dentist and ski resort developer Thomas Brigham. He earned his bachelor of arts at Emory and Henry College in Emory, Virginia in 1974. After five years working for his father in Virginia he moved back to Birmingham to work in commercial real estate. He co-founded Brigham-Williams in 1982 and became chief operating officer of RealtySouth, the company formed by its merger with Johnson Rast & Hays. Brigham later took over as CEO, but resigned after 10 years to work alongside his son to develop an orphanage and other relief projects in Uganda. The combined company was purchased by Berkshire Hathaway affiliate HomeServices of America in 2002.

Brigham and his wife Cecile have three children: Hindley, Grant and Cecile Gray. They attend Mountain Brook Community Church. In addition to his work with the Uganda ministry, he serves on the boards for Cornerstone Schools of Alabama, The Foundry and the Birmingham Regional Chamber of Commerce.