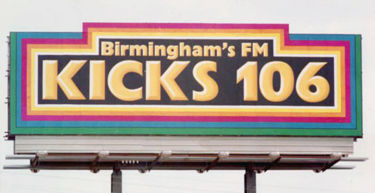 The station opened with "Beginnings" by Chicago. O'Day is remembered for locking the door to the broadcast booth and playing Blondie's "The Tide is High" over and over, prompting a telephone call from Debbie Harry. When Davis signed off in 1980 he played "Night Moves" by Bob Segar.

After Rivers left in 1982, WKXX moved to "soften" its sound in competition with the new WMJJ-FM "Magic 96". The station's phone numbers, "741-ROCK" and "741-ROLL" were changed. Kevin McCarthy worked as program director. Assistant PD Lee Masters, who had been known on the air as "Rock and Roll Jones" changed his handle to "Rocky Jones", but left for WYDE-AM within the year.