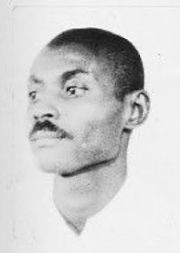 Willie Peterson (born 1896 near Troy, Pike County; died 1940 at Kilby Prison, Montgomery County) was a World War I veteran and former miner who was accused by Nell Williams of attacking her, her sister and a friend as they drove down the Leeds Highway on the afternoon of Sunday, August 4, 1931.

Nell, the only girl who survived the attack, told authorities that a stout, light-skinned, well-educated black man from the North jumped onto the running board of their car and forced her to pull onto a side road in the woods. She said that he took their money and held them captive in the woods of Shades Mountain, lecturing them on racial injustice. When he started to "get fresh", they attempted to escape. Augusta and Wood were fatally shot, while Nell took a bullet in the arm. The suspect fled and she drove the car one-handed back to Mountain Brook for help.

Jennie Wood also described the suspect before she died, but her description conflicted with Nell's. Dozens of black men were taken in custody in Birmingham and even across the country. Nell was unable to identify the assailant from any of the suspects, but identified Peterson, a thin, dark-skinned Southern-born laborer as the culprit when she saw him walking on the street weeks later.

When he was identified, Peterson was in the later stages of tuberculosis, under the care of a physician and seeking admittance to a government hospital. Serious doubts were raised about the likelihood that Peterson was involved. His wife, Henrietta, contracted first with the International Labor Defense, and then with the NAACP to support her husband's defense, which was argued by attorneys Roach & Johnson.

Saying that they hoped to avoid the ordeal of a trial, members of the Williams family requested to meet with Peterson. Dent Williams, Nell's brother, pulled out a pistol and shot Peterson three times. Peterson recovered and Williams was acquitted of attempted murder.

Peterson's first trial resulted in a hung jury. In the second trial, the prosecution avoided the meager evidence and instead characterized Peterson as part of a more general threat. Even the revelation that a key prosecution witness was paid to lie using a false name did not prevent the decision to convict. Peterson was sentenced to death. Some of the jury later said they voted to convict in fear of reprisal from the Ku Klux Klan. Poet Langston Hughes, touring the South in 1932, visited the courthouse during part of one of Peterson's trials in February 1932. He did not comment on the proceedings, which he may never have been seated to witness, but did find it striking that the only other African Americans who came downtown to support Peterson were the "downcast and obviously poor." He wrote, "I wonder where the well-dressed Negroes are? Don’t the college men care? Don’t the professional men care? When you get smart and learned, do you cease to care?"

In 1934 Peterson's sentence was commuted to life in prison by governor Benjamin Miller. Peterson died in Kilby Prison of tuberculosis in 1940.