From Bhamwiki
(Redirected from Zamora Temple)
Jump to: navigation, search 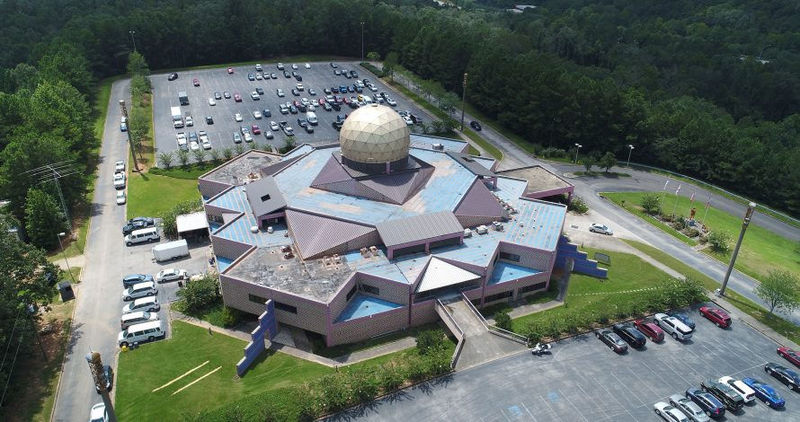 The building is notable for its Moorish-influenced and brightly-colored architectural design. The stepped roof rises to a central cupola topped with a gold-colored onion dome above the 2,500-seat arena. The property includes a 500-space parking lot, a barbecue pavilion, and a monumental sculpture, "Editorial Without Words," depicting a Shriner carrying a disabled child in one arm and her crutches in the other. The center was designed by Evan Terry and Associates and constructed by Brice Building Company.

The Zamora Shrine Temple has hosted numerous events, including Birmingham Feline Fanciers cat shows, dances, wrestling bouts, banquets, and car shows. It was the site of several Birmingham Asian Culture and Food Festivals and BirmingHAMfests. It was also used as the home of the Tragic City Rollers.

The building was involved in the failed deal to relocate Trinity Medical Center to Irondale. The building and 105 acres of surrounding property were put on the market with an asking price of $10 million in 2010, then unsuccessfully put up for auction in January 2015. Currently the property is listed by Engel Realty for $5 million.