From Bhamwiki
(Redirected from Alcazar Theater)
Jump to: navigation, search 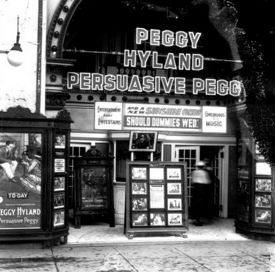 The Alcazar Theatre was a motion picture theater located at 1911 2nd Avenue North. It was managed by S. S. Griffin.

The theater exterior was extensively renovated in 1915 with new poster windows on the street. In 1916, calling itself the "Most Beautiful Little Theatre in the South ", the Alcazar boasted its range of motion picture plays from Broadway, World, Fox, Metro and V.L.S.E. pictures as well as its 12-piece house orchestra ("The largest in any Picture Theatre in the South").

The Alcazar Theatre was later purchased by Marvin Wise and re-named the Capitol Theater.