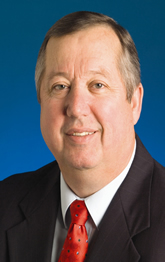 Bobby Humphryes (born January 10, 1954 in Bessemer) is a former District 3 representative on the Jefferson County Commission, former State Legislature and member of the Midfield City Council.

Humphryes graduated in 1972 from Jess Lanier High School. He earned his Associate's degree in fire science from Jefferson State Community College and worked in the Birmingham Fire Department as a firefighter for 24 years.

He sat on the Midfield City Council from 1992 to 1995 and served as a State Constable in District 51 from 1996 to 1998, when he was elected to District 15 in the House of Representatives. As a legislator he favored tax and budget cuts, supported stronger penalties for child abuse, and opposed same-sex marriage.

Humphryes formerly publicized his membership in the Central Alabama Council of Conservative Citizens, an outgrowth of the White Citizens Council that is characterized by the Southern Poverty Law Center as a hate group.

Humphryes won the Republican primary for Jefferson County Commission District 3 against Anne Hodges Goolsby and Tony Ladu. He later defeated Democratic candidate Carlton McWhorter by a margin of 64% to 35% to take his seat on the Commission. He was sworn in as part of a new Republican majority on November 14, 2006. Humphryes was the only member of the Commission to run for re-election in the 2010 primaries, but was defeated by Jimmie Stephens in the runoff.

Humphryes resides in Midfield. He is married to the former Marcy Brasher and has two daughters, Angela and Staci, and four grandchildren.