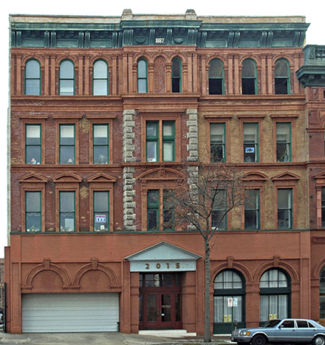 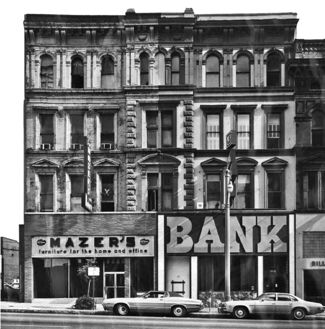 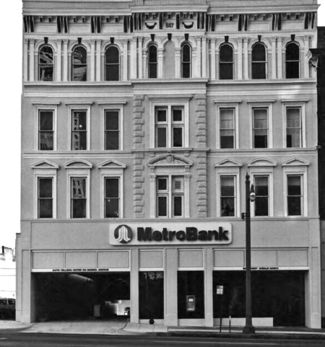 The Caldwell-Milner building (also known as the Office Building or the 2015 Building) is a four-story office building located at 2015-2017 1st Avenue North, backing up to Morris Avenue. Henry Caldwell and Willis Milner jointly financed the building, which was constructed by Henry Allen in 1887.

The brick building features alternating triangular and segmental pediments on the second floor windows, flat cornices over the third floor windows, and an arcade on the fourth floor with the keystones of each arch depicting a cherub. The facade, which incorporates the date of construction and the initials of the developers, is crowned by a deep cornice supported on brackets. The ground floor has been heavily modified over the years, most recently with projecting brick arches inspired by the adjacent McAdory Building.

The Caldwell-Milner building was the first structure in the city to have elevators, and the first to use steam heating. It originally housed real estate and insurance firms and later served as offices of a lumber company, a feed store, a drug store, a savings and loan, an office supplier, and MetroBank. Currently the building primarily serves individual attorneys and offers shared reception and conference spaces. It is owned and managed by Gregory Auzenne Properties.

The renovations for MetroBank were performed in 1977 to designs by Kidd, Wheeler & Plosser. The structure was added to the National Register of Historic Places on November 8, 1979.