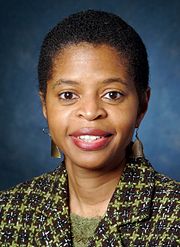 Deborah L. Voltz (born in Birmingham) is dean of the UAB School of Education.

Voltz has worked at Birmingham City Schools as a special education teacher. She has served as an instructor at Alabama State University, the University of Wisconsin-Milwaukee and the University of Louisville and served on the faculty of the University of Melbourne, Australia, and at the College of New Jersey's Johannesburg program in South Africa. She joined the UAB faculty in 2003 and became director of the UAB Center for Urban Education in 2005. She was named dean of the school in 2011.