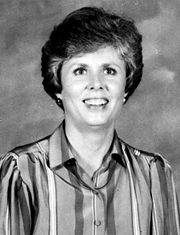 Garner was the daughter of Idus and Ruth Nixon of Anniston. She completed her undergraduate degree at the University of North Alabama and her master of science at Samford University. She taught science for 27 years at Pizitz, and also led classes in candlemaking.

After retiring, she remained active in the Delta Kappa Gamma Society for women educators, serving as Alabama chapter president from 2001 to 2003 and as Southeast US regional director until her death.

Garner died in 2010. She was survived by her husband, Joe, her son, Gerald, and two granddaughters.