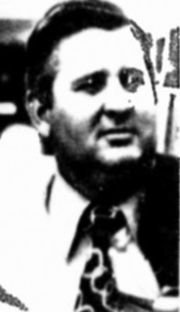 Parsons left high school to join the Navy at age 17. He served in Japan and Korea before his 1954 discharge, and earned his general equivalency degree along the way. He joined the Birmingham police that year and also enrolled at Massey Business College to study business law and accounting. He was promoted to Detective in 1962, to Sergeant in 1963, and to Lieutenant in 1966. In 1967 he returned to college, studying sociology at UAB.

When he was promoted from from Captain to Chief by George Seibels after Jamie Moore's retirement in 1972, Parsons stated that he recognized that policemen were responsible for more than just maintaining law and order, but also needed to engage with community problems before they erupted into criminal activity. He established the department's Internal Affairs division.

With a letter of recommendation to New Orleans Mayor Dutch Morial from then-Councilman Richard Arrington, Parsons left to serve as chief of the New Orleans Police Department in 1978. He resigned after two and a half years, however, amidst a controversy over the deaths of several suspects in the murder of a police officer there. He returned to Alabama in 1981 and was considered a leading candidate to resume his position as head of the Birmingham Police Department, succeeding Bill Myers, but was passed over in favor of New York police captain Arthur Deutsch. In retirement Parsons conducted private investigations for a law firm.

Parsons died in 2013 and is buried at Bivens Chapel Cemetery in Brookside.