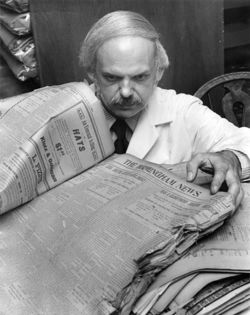 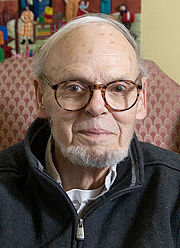 Marvin Yeomans Whiting (born 1934 in Fort Valley, Georgia; died November 26, 2010 in Birmingham) was an archivist, historian and curator of the Birmingham History Center.

Whiting was the son of Elbert Marvin Whiting, president of the Fort Valley Oil Company in Fort Valley, Georgia. He earned a bachelor of arts in literature at Emory University in Atlanta, Georgia, then attended divinity school at Yale University for a year before returning to Emory for a bachelor's in divinity at the Candler School of Theology. He married in 1960 and served as minister at two small Methodist churches in southwest Georgia for the next two years. In 1964 he became an assistant to the headmaster at the Lovett School in Atlanta, then returned to Emory for a master of arts in American colonial history. He completed a Ph.D. in a program jointly directed by Columbia University and the Union Theological Seminary in 1970, then taught at Jacksonville University in Jacksonville, Florida for four years.

Whiting returned again to Emory to complete a second master's in librarianship with a specialty in archival management. He joined the staff of the Birmingham Public Library in 1975 under the auspices of the Comprehensive Employment and Training Act. He was later named the library's first archivist and curator of manuscripts. He retired from the archives in 1996.

Whiting spent 20 years as an archivist for the Birmingham library and also held adjunct faculty positions at Birmingham-Southern College, UAB, and the University of Alabama. He spent ten years as editor of the Journal of the Birmingham Historical Society, and has authored several books on Methodist history and local history.