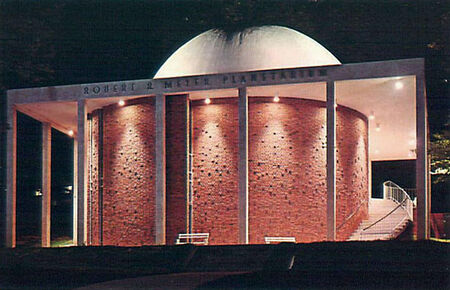 The Robert R. Meyer Planetarium was a 90-seat specialty theater for teaching astronomy that opened on September 30, 1964 on the campus of Birmingham-Southern College. Built as a cost of $150,000, the planetarium was planned to take advantage of public interest in space exploration coinciding with NASA's Apollo program. It's establishment was supported by the Robert R. Meyer Foundation established by hotel executive Robert Meyer.

The theater used a "Spitz A-3P" projector, enhanced with a stereophonic sound system to present educational programs to students, as well as to the public.

Over the ensuing decades, the college did not invest in upgrading the planetarium's equipment or maintaining staff. During the school's 2010 financial crisis, it was closed down permanently. The building was renovated in 2018 for use as a "GeoDome" to present programs on Alabama geography.