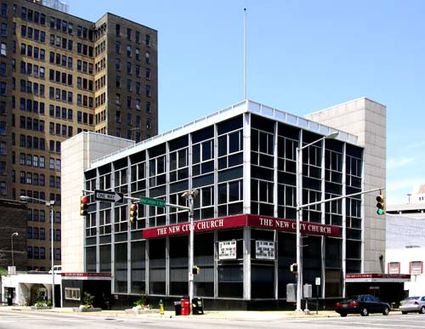 The New City Church is a congregation affiliated with the Evangelical Covenant Church in America. founded in 1990 as a ministry to the Metropolitan Gardens housing project by Gerald Austin. In 2004 it affiliated with the ECC and moved into a former Guaranty Federal Savings and Loan building at 2030 1st Avenue North.

In 2004 Austin left the pulpit to head the Center for Urban Missions, which he founded in 1986. He returned as pastor in December 2009. In April 2010 the congregation turned the building over to Birmingham Healthcare and began holding services at the YMCA Youth Building at 2400 7th Avenue North.