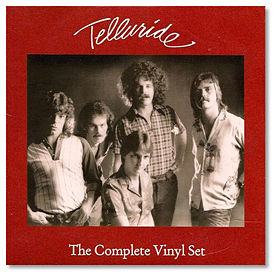 The band was in heavy rotation in the Southeastern US during the late 70s and early 80s. In 1980 they had a local hit with Derryberry's song "Birmingham Tonight", which was broken by Lee Masters on WKXX-FM. Their radio fame helped boost regular attendance at their club shows from 100 or so to over 500. Especially well-attended were the "Hotride" shared bills with the members of Hotfoot.

They were finalists in a Miller-sponsored band search contest in 1985, which led to their signing a contract with RCA Records. Their single "Breaking Away" reached number 77 on the Billboard chart that year.

They performed at the 1990 and 1997 City Stages. They were invited to perform at two Alabama gubernatorial inaugurations, and have been named musical achievers by the Alabama Music Hall of Fame, a precursor to being inducted into the hall.

A version of Telluride came together to perform at the Alabama Theatre for PhillipsFest in 2005. Carter, Harrell, Bailey, Churchill and Breckinridge put together a reunion tour in 2008, performing at WorkPlay and at that year's City Stages.

Carter, as a co-founder of the group, holds the federal trade mark on the name "Telluride". In 2010 it was announced that he was in a legal battle over the name with the record label of a Nashville-based country band which has scored success on the country charts.