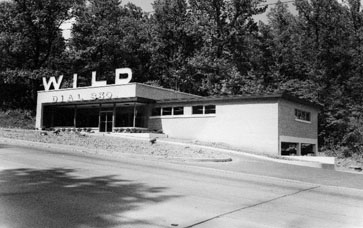 WILD-AM studios on Red Mountain in 1954

WILD-AM was a radio station airing Mutual Network programs along with local sports coverage in the 1950s.

Don Campbell was general manager. J. B. Roberts was sales manager and Charles McGehee was program director. Ray Lowery was chief engineer and Gabby Bell was sports director. The station constructed an office and studio building at 1901 21st Street South near Vulcan Park in 1953. The building featured large glazed openings to give the public a view of the control room. The building is now the law offices of Kathy Long Skipper.

Bartell Broadcasters purchased WILD-AM in September 1957 and switched to a Top-40 format, which it called WYDE-AM.