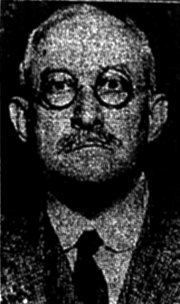 Dearborn came to Birmingham from Richmond, Virginia in 1886. He was one of the developers of Anderson Place in Southside and built his own home there, at 1750 15th Avenue South in 1909-10.

Dearborn suffered from a heart condition and died at home in 1930 after a long illness. He was survived by his wife Mary Patton Dearborn, six children, and three grandchildren. He is buried at Elmwood Cemetery.