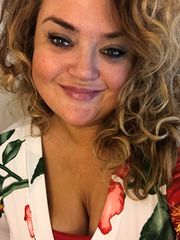 April Celeste Odom (born June 21, 1972) is the former Director of Communications for the City of Birmingham.

Odom is a graduate of UAB and worked as a staffer in the Science/Technology department of the Birmingham Public Library. While there she created a website for the library, and was then hired to serve as the city's webmaster. She was promoted to communications director by Mayor Larry Langford. She kept her position under William Bell's term, but applied for retirement in November 2017 rather than re-apply for her position in incoming mayor Randall Woodfin's administration.

Briefly during her years at City Hall, Odom worked as a freelance graphic designer, doing business as Blue Day Design. She is a member of the Public Relations Society of America and the National Association of Government Webmasters. She is married and has three children.