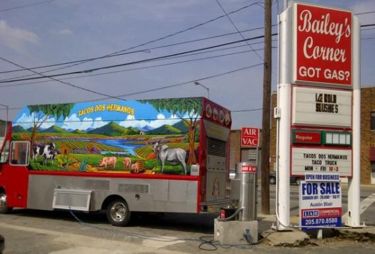 Bailey's Corner was a Conoco gas station located at 1331 1st Avenue North. The station was opened in 1974 by T. E. Langston Jr and known as Langston's Citgo. Later it was bought by Steve Bailey and operated by him until his retirement in 2018.

In 2012, Bailey allowed the Tacos Dos Hermanos taco truck to set up in its parking lot on a daily basis.