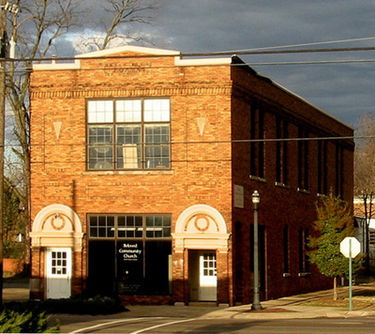 Beloved Community Church is a congregation affiliated with the United Church of Christ's Southeast Conference located at 131 41st Street South in Avondale. The church has about 120 members on roll. Jennifer Sanders was elected pastor in 2016.

Beloved Community began in 1999 from the efforts of Reverend Angela Wright to reach out to persons unlikely to attend traditional churches elsewhere in the area. Within a year, the new church moved into their present home, the former Avondale Masonic Temple.

Instead of holding traditional Sunday morning services, the church meets on Sunday evenings instead, featuring a contemporary jazz band in its worship services rather than a robed choir and organ music.

In 2006, the church renovated and leased a small building on their property. From 2015 to 2020 it was occupied by The Abbey, a coffee house affiliated with the Episcopal Church.