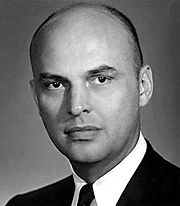 Branscomb is the son of Birmingham College alumnus Harvie Branscomb, then dean of the Duke University School of Divinity and later Chancellor of Vanderbilt University. He attended the Asheville School and Duke and, due to the need for medical practitioners in World War II, was admitted to medical school there at age 17. After graduating he served briefly on a destroyer during the war. Later, during his internship at the University of Chicago, Branscomb contracted tuberculosis from a patient. He was admitted to the Adirondack Cottage Sanitarium at Saranac Lake, New York (where novelist Walker Percy was also taking the cure).

While there he decided on his specialty and used a full-time job in the sanitarium's research laboratory to begin his training as a pulmonary physiologist. In 1950 he went to Vanderbilt on a Hughes Foundation fellowship, but was recalled to military duty in the Korean War before he completed his residency there. He convinced military officials to post him as a researcher for the United States Public Health Service Commissioned Corps, where he pioneered the study of pulmonary function at the National Heart Institute (now the National Heart, Lung and Blood Institute)

Once discharged, he was recruited to the Medical College of Alabama by Tinsley Harrison. He joined the faculty of what became UAB in 1955 and taught second year physical diagnosis throughout his tenure. Soon after his arrival, Branscomb began setting up pulmonary laboratories at area hospitals equipped to administer the "flow-volume loop" test for breathing capacity that he developed. He became a pioneer of research into emphysema and personally tested 200 members of the 88th United States Congress in July 1963 using a mobile diagnostic unit of his own design. The stunt resulted in increased awareness of the need for research into lung diseases. His own research established quantitative links between lung disease and smoking and air pollution. 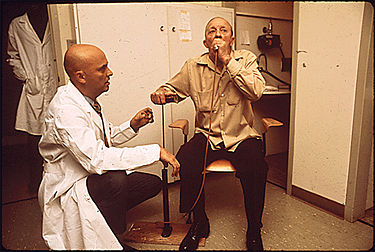 Branscomb provided critical support to the Greater Birmingham Alliance to Stop Air Pollution (GASP) and was the only medical specialist appointed to the Alabama Air Pollution Control Commission in 1971. He was married to artist Jane Branscomb for 62 years before her death in 2010.