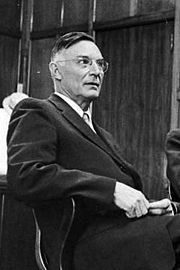 Branscomb was the son of Methodist minister Lewis Capers Branscomb and his wife, the former Nancy McAdory. He graduated from Birmingham College and won a 1914 Rhodes Scholarship to Oxford, where he was awarded the Greek Prize and first honors in Theology. His research focused on the cultural and religious roots of early Christianity and he authored four books on theology between 1925 and 1937.

While at Oxford, Branscomb undertook a covert mission on behalf of President Hoover's Commission for Relief in Belgium, smuggling a letter of encouragement from Cardinal Mercier to Belgian clerics through German lines. He and his companion, O. C. Carmichael, were awarded the Medaille du Roi Albert, Medaille de la Reine for their perseverance.

After completing his studies at Oxford, Branscomb was commissioned a lieutenant in the 5th field artillery at Fort Gordon, Georgia and sent to Louisville, Kentucky for officer training school, where he was still stationed at the war's end. He accepted a faculty position at Southern Methodist University in Dallas, Texas in 1919 and married Margaret Vaughan, daughter of a Texas judge. In 1923 he took a sabbatical to complete his PhD in philosophy from the Union Theological Seminary at Columbia University. He was fired from SMU in 1925 for publicly supporting a colleague who had been terminated over a theological dispute, but quickly landed a job at Duke University's Divinity School.

In 1925 Branscomb joined the faculty of the Duke University School of Divinity, and remained there for twenty years. He served a Guggenheim Fellowship in 1931–1932, chaired the Division of Ancient Languages and Literatures from 1937 to 1944 and then spent two years as Dean of the Divinity School. He served as Director of Libraries from 1934 to 1941 and, under the influence of pioneering librarian Lillian Baker Griggs, encouraged the unfettered use of library materials in undergraduate study and partnered with other institutions in early efforts at resource sharing, such as a precursor to the National Union Catalog. His fifth published work, Teaching with Books, reflected his study of collegiate librarianship under the auspices of the Association of American Colleges and the Carnegie Corporation. That work has been widely cited in library studies. He also edited The American Oxonian from 1943 to 1946.

In 1946 Branscomb was appointed the fourth Chancellor of Vanderbilt University in Nashville. As chief executive he oversaw changes to the recruitment of trustees and faculty which elevated the prestige of the university. He oversaw large increases in the student population and the first admission of African-American students to graduate and professional programs in 1952. He was harshly criticized by alumni when two black students were admitted to the Law School in 1956. His record on Civil Rights, however, was tarnished by his 1960 decision, under pressure from Trustees, to expel James Lawson, a black divinity student who had led sit-ins in defiance of local segregation laws. The incident provoked the resignation of several faculty members.

Branscomb pushed for the rebuilding of the university's school of medicine, which had earlier been recommended for closure. At his retirement in 1963 Vanderbilt was ranked for the first time among the top 20 private universities in the United States. After being succeeded by Alexander Heard, he maintained an office on campus as Chancellor Emeritus.

Branscomb was also active in diplomatic efforts. As chair of the American Library Association's Mission to Brazil in 1945, he helped to reorganize that country's National Library, for which he was made a member of the Order of the Southern Cross. He was appointed chair of the first United States Advisory Commission for Education Exchange in 1947 and served on the Commission on Education and International Affairs of the American Council of Education from 1955 to 1958. Later he was a consultant on education for the World Bank and chair of the US Commission for UNESCO. He was a delegate to international conferences in Paris, Tehran, Geneva and Buenos Aires.

Branscomb died in 1998 at the age of 103. He was survived by three sons; Harvie Jr, Ben, and Lewis; nine grandchildren and nine great-grandchildren.