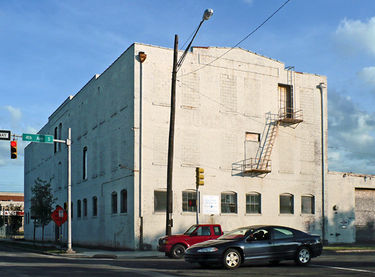 The former Birmingham Macaroni Company building as seen in 2010

The Birmingham Macaroni Company manufactured Eagle Brand macaroni, spaghetti and grits in Birmingham from a three-story 50 foot by 100 foot plant at 14th Street and Avenue D on Southside. The company was owned by P. J. Serio and kept its offices in the Empire Building with C. S. Simmons as secretary and treasurer.

When described in 1911, the Birmingham Macaroni Company produced 6,000 pounds of pasta a day using 30 barrels of flour. The plant was staffed by 20 employees, many of them native Italians and was equipped with modern machinery.

In 2015 the UAB Educational Foundation purchased the property from Lillian Coyle for $600,000. Three years later, it sold the building to Macaroni LLC for $810,000. The company, which includes Kathy Okrongley of Southpace Properties, initially proposed a 20-unit condominium redevelopment, dubbed Macaroni Lofts. During development, the scale of the project was increased to 35 units, with a new connecting wing to be built on an adjacent lot.