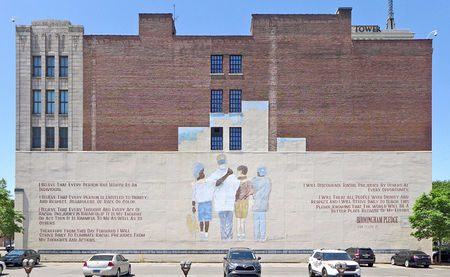 The Birmingham Pledge mural in 2020

A thumbprint image at the bottom right of the mural incorporates the names of the artists who worked on the project.