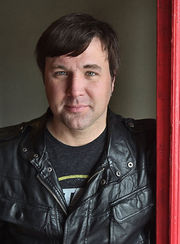 Brian Scott Teasley is a musician, writer, record dealer, concert promoter and currently the owner of Saturn and The Satellite in Avondale.

Teasley studied communications at Auburn University and served as music director for the on-campus station WEGL-FM from 1993 to 1995. He also owned Auburn's Imaginary Records. He went on to study creative writing at the University of Georgia and co-owned the Atlanta recording studio Zero Return

Teasley, a drummer, was a founding member of Man or Astro-Man?. He has also been a regular member of The Boster and Servotron, and recorded and performed with Japancakes, St. Vincent, Tyro, Watts, The Mono Men, Har Mar Superstar, the Vue and The Polyphonic Spree. He performed music for "Space Ghost Coast to Coast" and other television shows, and toured with the "Mr. Show Tour" and "The Comedians of Comedy".

As a writer, Teasley has contributed to Chunklet, Vice, CMJ, Creative Loafing, and The Onion. He has also written for the Cartoon Network, and authored two books, The Overrated Book and The Rock Bible.

In 2006 he partnered with Brad and Merrilee Challiss to open Bottletree on 3rd Avenue South. With Teasley and Leah Hutchinson's Secret History Productions booking acts, the cafe and venue quickly established itself as a keystone of Birmingham's music scene and helped put the city on the national touring map. Teasley and Merrilee Challiss were married in 2011, but divorced a few years later. Teasley parted ways with Bottletree in 2014.

Teasley left Bottletree prior to opening the Saturn venue and The Satellite coffee shop nearby on 41st Street South.