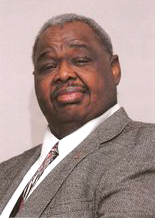 David L. Barnes (born c. 1943; died March 25, 2011 in Birmingham) was a former judge in the Birmingham Municipal Court, a former state legislator, and dean of the Miles College School of Law.

Barnes graduated from Parker High School in 1962 and earned degrees in sociology at Miles and in law at Texas Southern University. He served in the U. S. Army and in the Alabama State House of Representatives. He was appointed to the municipal bench in the 1990s.

Barnes, a member of Friendship Baptist Church in Collegeville, died in 2011. He is buried at Forest Hill Cemetery. The "South Court" at Birmingham City Jail was renamed in his memory.