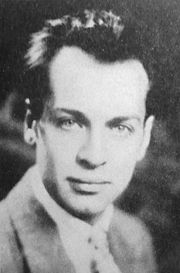 Dorsey Whittington (died 1969 in Sarasota, Florida) was a pianist and music teacher, and was organizer and director of the Birmingham Civic Symphonic Orchestra.

Wittington was one of four children born to Effie Pearl Whittington and her husband. He moved to New York from California to pursue his musical education in 1917. He held degrees from the Institute of Musical Art (1922) and a Musical Doctorate from Boguslarvski College of Music (1934). He was a popular performer at the Aeolian Hall in New York City in the 1920s, and toured Europe in 1926.

In 1932, Whittington conducted the Birmingham Symphony Orchestra at its first informal concert at Phillips High School, and continued to helm the orchestra as it gained the backing of the Birmingham Music Club and established itself as the city's preeminent symphonic ensemble until it closed during World War II.

He and his wife Frances were instructors at the Birmingham Conservatory of Music, and he took over for Edna Gockel Gussen as director in 1930. In 1939, the conservatory was folded into Birmingham-Southern College as their music department. Whittington continued to instruct students there until 1944. 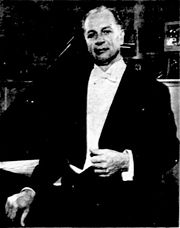 Dorsey Whittington in the 1950s.

The Whittingtons lived in Roebuck Springs in the 1930s and 1940s. Their living room was large enough to hold two grand pianos so they could practice at home for their duo-piano concerts. In the summers, he directed the piano program at the National Music Festival in Interlochen, Michigan. After Frances died, Whittington married a Russian ballerina named Irene who directed the Birmingham Civic Ballet in 1952.

In 1953 the Whittington's moved to Montgomery, then two years later settled on the Roberts Bay side of Siesta Key in Sarasota, Florida, a subdivision which he helped to develop. In addition to his real estate activities, Whittington raised prize orchids and continued to teach music and support his wife's involvement in the Sarasota Civic Ballet. He underwent major surgery in early 1969 and died that Summer.

BSC holds the annual Whittington Music Competition for its music majors, and allows the winners a chance to perform with a symphony. Whittington's daughter, Barbara performed with him and married Hungarian pianist Balint Vazsonyi in 1960. Another daughter, Elizabeth ("Naru"), became an accomplished pianist herself and was later composer Alan Hovhaness' fifth wife. The Whittington's scrapbooks and other papers are housed at the Birmingham Public Library Archives.