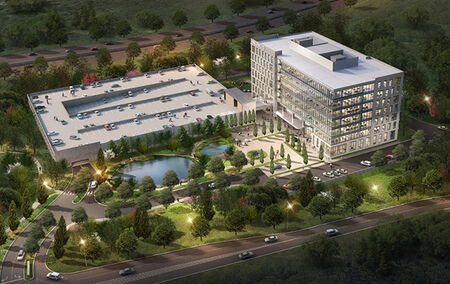 The Encompass Health headquarters building is a seven-story office building at 9001 Liberty Parkway on a 7-acre site in the Liberty Park subdivision of Vestavia Hills. It was constructed in 2018 as the main offices for healthSouth, which changed its name to Encompass Health when it moved into the new building on April 2, 2018.

The company moved from the former HealthSouth headquarters at Grandview, which was constructed in 1997 and sold to sold in March 2008 to the Daniel Corporation. The new 199,350 square-foot headquarters was designed by Stephen Swicegood of Gensler's Atlanta, Georgia office to accommodate 660 employees. The project was developed by Corporate Realty for $75 million, and was constructed by Brasfield & Gorrie.

CRD sold the property to a Rhode Island-based investor in 2019 for $74.5 million.