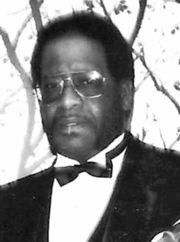 Carson grew up in Birmingham. He played drums at Ullman High School, and began playing professionally as a teenager. He toured for a while with the Dominoes, but settled in Birmingham with his wife, Joeretha. He debuted as a bandleader at Jim Cobb's Diamond Jim's nightclub on Morris Avenue in the 1970s. He was given his stage name, which he used exclusively, by a woman who noticed him primping in front of a mirror while trying on clothes. He and his band covered a wide variety of well-known R&B songs, but Fatts, influenced by Bo Berry, pursued opportunities to play jazz. The band were regulars at Ona's Music Room, Jazz Underground, 22nd Street Jazz Cafe and other venues, and also performed at the Birmingham Heritage Festival, Birmingham Jam, Jazz in the Park, and City Stages. As a drummer he was known for keeping a toothpick in his mouth which bounced and twirled to the beat.

Carson was inducted into the Alabama Jazz Hall of Fame in 1997. He died in late 2014 of chronic heart failure. He is buried at Elmwood Cemetery.