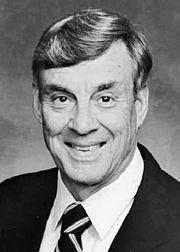 Francis Aubrey Bryant (born May 4, 1928 in Chilton County; died July 13, 2015 in Birmingham) was the founder of Francis A. Bryant & Sons residential contractors.

Bryant, the son of John and Effie Bryant, spent more than fifty years as head of his own construction company. He also volunteered his skills with Carpenters for Christ and was active at Raleigh Avenue Baptist Church and Lakeside Baptist Church.

Bryant died in 2015 and was survived by his wife, Jean; three sons Larry, Steve and Warren; six grandchildren and six great-grandchildren. He is buried at Southern Heritage Cemetery in Pelham.