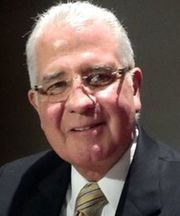 Gary Ivey (born July 7, 1955 in Walker County; died January 21, 2019 in Clanton) was the president of Crest Cadillac and a former Mayor of Hoover.

Ivey was the son of Garve and Joyce Ivey and grew up in Jasper. He opened his first used car lot in Graysville in 1974 and relocated to Hoover in 1983. He purchased the Scoles Cadillac dealership in 1989 and renamed it.

Ivey served on the Hoover Planning and Zoning Commission before he decided to run for Hoover City Council in 2004. He was re-elected in 2008 and was serving as Council President when he was named to fill the seat left when Tony Petelos was hired as Jefferson County Manager in October 2011. He ran unopposed for a full term in the 2012 municipal election. He lost his bid for re-election to Frank Brocato in the 2016 Hoover municipal election.

Ivey was also a trustee of the Church of the Highlands. Ivey and his wife, Carolyn had two daughters, Nicole and Tyler.

Ivey died at his home in Clanton in January 2019. He was buried at Southern Heritage Cemetery in Pelham.