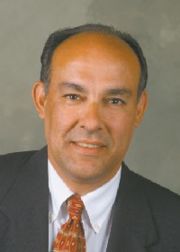 Petelos grew up in Ensley and earned his general contractor's license in 1978. He operated his business, Multicon, from offices in Pleasant Grove. He attended UAB as a business major, but switched to political science before graduating in 1981. He met his wife, the former Teresa Bearden, while attending classes where they were the only two students with a conservative political bent. Teresa went on to become a circuit judge in Bessemer.

Petelos ran unsuccessfully for the Alabama House of Representatives in the 1982 general election and a 1983 special election. He successfully won the Alabama House District 49 seat, representing Ensley, in 1986 and was re-elected twice, serving as chair of the Jefferson County House Delegation. He served until 1997, when he was appointed to replace Martha Nachman as the state's Commissioner of the Department of Human Resources by Governor Fob James. He was re-appointed as commissioner by Governor Don Siegelman, and later appointed to the DHR board by Governor Bob Riley.

Petelos defeated incumbent Barbara McCollum to serve as Mayor of Hoover in September 2004, and ran unopposed in 2008. During the 2004 election, Petelos challenged one-term mayor Betty McCollum, who came in third behind Petelos and Councilman Jody Patterson. Petelos defeated Patterson by a landslide in the mayoral run-off.

During the 2008 election, Petelos reportedly collected $37,900 for his re-election campaign, though he ran unopposed. It was by far the most money reported by municipal candidates.

In September 2011 Petelos applied for and was offered the newly-created position of Jefferson County Manager. He took office on October 3. At a meeting of the County Commission the next morning, Commissioner Joe Knight held up a sign reading "Got a Problem? Call 1-800-SEE-TONY". That phone number was later discovered to connect to a phone sex service.

In 2014 Petelos was diagnosed with bladder cancer and underwent several surgeries along with radiation treatment.

Petelos and his wife have two daughters, Angela and Stephanie.