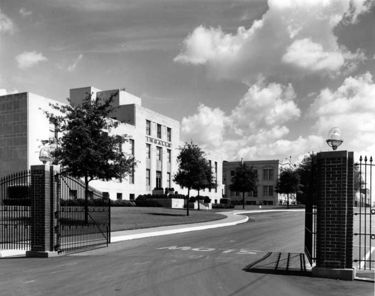 Ingalls Iron Works was established in 1910 when Ohio businessman Robert I. Ingalls purchased the Richards Iron Works in Shelby County and built an iron and steel finishing plant in Titusville, near Alice Furnaces and the Birmingham Rolling Mills. The plant fabricated structural members for building and bridge construction from raw steel as well as ornamental iron castings for fire escapes, railings, stairs and urns. 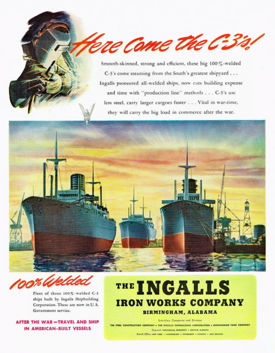 In 1924 Ingalls acquired the Birmingham Tank Company and the company took the position of largest single-unit steel fabricator in the South. In 1938 Ingalls developed a shipbuilding operation in Pascagoula, Mississippi. The business grew into one of the largest shipbuilding companies in the country, producing high tech destroyers and nuclear submarines into the 1970s.

Ingalls died in 1951, having unsuccessfully tried to buy out his son, Bob, Jr, from his interest in the company following the son's divorce and remarriage in 1948. After a drawn-out legal battle, Bob Jr was named chairman in 1952.

The shipyard business was sold to Litton Industries in 1961, which continues to operate Ingalls Shipbuilding as a wholly-owned division based in Pascagoula. The company's other sites, including the Birmingham location, were sold to Trinity Industries in 1981. 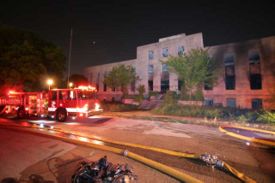 On April 9, 2007 both buildings were damaged in an intentionally-set fire. The Development Authority proceeded to clean up the site, but was unable to interest developers in the site. The Authority voted in November 2008 to pursue plans to sell its interest in the property to the City of Birmingham.