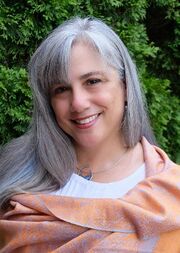 Isabel Watkins Rubio (born 1965 in McComb, Mississippi) is the president of Holy Family Cristo Rey High School. She is also the founder and former executive director of the Hispanic Interest Coalition of Alabama (¡HICA!).

The daughter of a Caucasian father and third-generation Mexican mother in Mississippi, Isabel Watkins' exposure to Hispanic culture was limited. Only after graduating with a history degree and considering careers in banking and restaurant cooking did she turn herself toward social work.

She moved to Birmingham in 1991 where she met and married Freddy Rubio while in the process of launching her advocacy organization. She nurtured it into a thriving non-profit by cultivating relationships with area businesses and related social organizations. By the time of her retirement in 2021 it was the largest such organization operating in the Deep South.

HICA was a leader among organizations that mounted legal challenges to the 2011 Beason-Hammon Alabama Taxpayer and Citizen Protection Act which was passed to, "preclude any state or local government or official from refusing to enforce federal immigration laws," and to, "prohibit an alien unlawfully present in the United States from receiving any state or local public benefits". The group also participated in the "Hard-to-Count Collaborative" during the 2020 census.