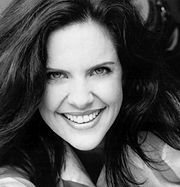 Though born in Canada, Hale grew up in Birmingham and attended the Alabama School of Fine Arts. While in high school, Hale began working as a production assistant. After graduation, she began auditioning for acting roles, commuting between Birmingham and Atlanta, Georgia.

Hale got her first big break in Disney's 1988 made-for-TV movie A Father's Homecoming. Later she moved to Hollywood, California and has been doing voices for video games, animation, commercials, radio promotions, anime, and movies since 1993. She has voiced several characters for Star Wars video games, and voices Aayla in "The Clone Wars" animated series. She won a 2010 Spike Video Game Award for "best performance by a human female" for her role as Commander Shepard in "Mass Effect 2". She voiced "Jean Grey" in the "X-Men" TV series, and "Cinderella" in Disney Junior's "Sofia the First: Once Upon a Princess"

She has also appeared as a guest on several television series, such as Charmed, ER, Just Shoot Me!, and others. She is sometimes credited as Carren Learning.