1988 was the 117th year after the founding of the city of Birmingham. 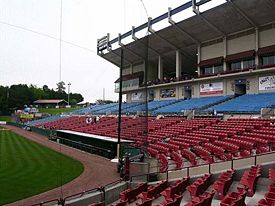 The Hoover Metropolitan Stadium opened in 1988

1988 saw perestroika begin in the Soviet Union. George H. W. Bush defeated Michael Dukakis to become the 41st President of the United States. Oliver North was indicted in the Iran-Contra Affair. Iran Air Flight 655 was shot down by a US Navy missile. Kirk Gibson hit a dramatic home run to win Game One of the World Series for the Los Angeles Dodgers, over the Oakland Athletics, by a score of five runs to four. Singer Roy Orbison died.