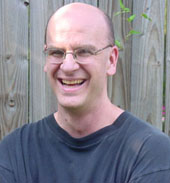 Stuart Rachels (born September 26, 1969) is an associate philosophy professor at the University of Alabama and a former chess competitor with International Master status from thew World Chess Federation.

Rachels, the son of UAB philosopher James Rachels and his wife, Carol, grew up in Birmingham and learned chess from his father. He won the Birmingham City Championship in 1980 and in 1981, at the age of 11, he became the youngest chess master in United States history. That achievement was eclipsed by 10-year-old Jordy Mont-Reynaud in 1994. Rachels lost to former world champion Boris Spassky in 1985. He won the United States Junior Invitational Championship in 1988 and tied with international grandmasters Roman Dzindzichashvili and Yasser Seirawan to claim a share of the 1989-90 U.S. Championship. He retired from competitive chess in 1993 with an FIDE rating of 2485 and a USCF rating of 2605.

In 1999, Rachels became an assistant professor in the Philosophy department at the University of Alabama. In 2004, he was promoted to associate professor. In addition to his own writings, he has revised and edited later editions of some of his father's books, notably The Elements of Moral Philosophy and Problems from Philosophy.