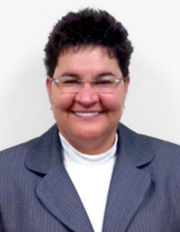 Zelia Baugh (born c. 1966 in Birmingham) is a social worker and the Commissioner of the Alabama Department of Mental Health.

Baugh earned her bachelor of arts in political science and sociology at Birmingham-Southern College in 1988. She began working as activity director at a retirement community and assisted senior citizens with Medicaid applications before going to graduate school.

Baugh completed a Master's in Social Work at the University of Alabama in 1992. As a social worker, her first job was at the UAB Comprehensive Cancer Center. After a year she became a substance counselor with the UAB Drug Free program, then moved to the St Vincent's Hospice for two years. In 1998 she took a job as a counselor at Bradford Health Services. After a year there she was hired as director of dual diagnosis at Brookwood Medical Center. In 2000 she was promoted to administrative director for Brookwood's psychiatry department. In 2010 she accepted the same role at the UAB Center for Psychiatric Medicine.

In January 2010 Baugh was appointed to head the Alabama Department of Mental Health by incoming Governor Robert Bentley.