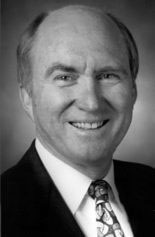 This article is about the coach, banker and restaurateur. For the launderer, see James A. Taylor.

Taylor graduated from Mississippi State University, then coached basketball at Ensley High School, where he won two city championships. In 1970, Taylor became the youngest NCAA Division I head basketball coach when he was hired by the University of South Alabama at age 28. Taylor coached at USA for five years, then went to Mississippi State as an assistant coach.

In the early 1980s, Taylor shifted his focus from basketball to banking. He led a team of investors to buy four banks to form Alabama National BanCorporation. After guiding that bank through a merger with National Bank of Commerce, Taylor left the organization in 1996.

In 1997 Taylor bought the John A. Hand Building in downtown Birmingham and led a team that spent millions of dollars restoring it into a bank and condos. In 1998 it became the headquarters for a new financial institution dubbed The Bank which Taylor led until his resignation as president in January 2005. In exchange for $7 million over two years, Taylor relenquished his position as CEO and signed a non-compete agreement with the bank, which was renamed Superior Bancorp, in December 2006.

Taylor and partner John Cowan, former managing partner of Fleming's Prime Steakhouse, opened Bonedaddy's in Greystone in August 2007. In 2008, Jimmy Taylor, Jr and Brett Taylor joined the management team. The partners moved the restaurant to The Summit and re-christened it Sweet Bones Alabama. Their plans to franchise the concept never materialized. The Taylors backed away from active management in late 2011 and Sweet Bones Alabama closed in February 2012.

In 2000, Taylor and his wife Martha were awarded the Jefferson Award by the Jefferson County Historical Commission for their successful re-use of the John Hand Building. The Taylor Building, adjacent to the skyscraper on 20th Street North, was named in his honor.

In December 2012 Taylor, now living in Oklahoma City, Oklahoma, filed for Chapter 7 personal bankruptcy, claiming nearly $18 million in liabilities and only $15,500 in assets. According to his attorney, the filing was made after Taylor suffered a stroke.